Innovation, sustainability, participation, responsibility, excellence: our values give us energy and motivation, guiding our behaviour and making us aware of what we can be in the future.

The A2A Group acknowledges that its human resources are a focal, distinctive point of all the business strategy and has defined a development plan on this basis, aiming to optimise their quality and skills, on the basis of a selection, training and management process and remuneration systems.

As at December 31, 2018, the total workforce of the A2A Group numbered 11,196 people. Compared to 2017, the number of employees decreased by 2% mainly due to the removal of the Aspem Group from the scope of consolidation.
In 2018, 920 new employees were hired and 845 left. The total number of hires compared to the previous year remained almost constant (+1.5%), while the number of employees leaving the company increased (+25%), mainly due to retirement (accounting for 31% of the total) and the termination of fixed-term contracts (41% of the total), linked to the seasonality of some waste collection tasks.
Work stability remains a Group prerogative. 95% of Group employees are hired on permanent contracts; just 5% are on fixed-term contracts. 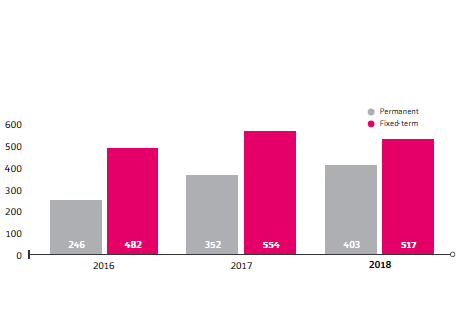 The staff recruitment process is supported by Employer Branding activities, aimed at constantly consolidating the image and appeal of A2A on the employment market.
As regards the activities carried out with the University, in 2018, a total of 35 events were organised, including 13 career days and 22 round tables, testimonials and guidance activities. Moreover, as for the previous years, the listening activity continued with an on-line questionnaire aiming to gain a better awareness of the positioning of the A2A Group on the employment market.

Thanks also to the collaboration of universities, schools and research entities, in 2018, 44 internships and 147 apprenticeships were activated.

To increase the opportunities for development and internal mobility, during the year 65 searches were performed using the job posting tool (-20% on 2018), of which 42% were successful, as well as 15 searches still in progress as at December 31, 2018.

The Group believes in optimising diversity by identifying and overcoming all stereotypes linked to gender, age, disability, ethnic origin, religious beliefs and sexual orientation. A2A ensures working rights for people with disabilities, as required by current legislation. 477 persons with disabilities were employed by the Group in 2018, of whom 24% women.

Also as regards the work-life balance, the Group meets the needs of employees, in 2018 granting 350 parttime solutions (3% of all employees), of whom 79% are women. A total of 533 parental leaves have been agreed, 26% more than 2017. 90% of the people granted parental leave in 2018 returned to work in the same year.The offer in terms of company welfare comprises numerous services offered to employees:

In 2018, work at A2A became smarter and smarter. Thanks to the positive results of the pilot phase started in 2016, which involved about 250 employees, A2A decided to expand the Smart Working project and shared, also with trade union representatives, the extension of the perimeter of the people involved, which became 954.
Smartworking has become synonymous with greater responsibility and allows a better balance between private and working life. In a nutshell, the most significant numbers of these early stages of the project:

On October 30, 2018, A2A, by virtue of its commitment to this issue and its ability to innovate this way of working, was awarded by the Smart Working Observatory of the Politecnico di Milano with the Smart Working Award 2018.

In addition, in 2018, a welfare platform was launched for all Group employees to allow the introduction of conversion welfare, i.e. the possibility of converting performance bonuses into goods and services and/or supplementary pension schemes within the limits set by law. 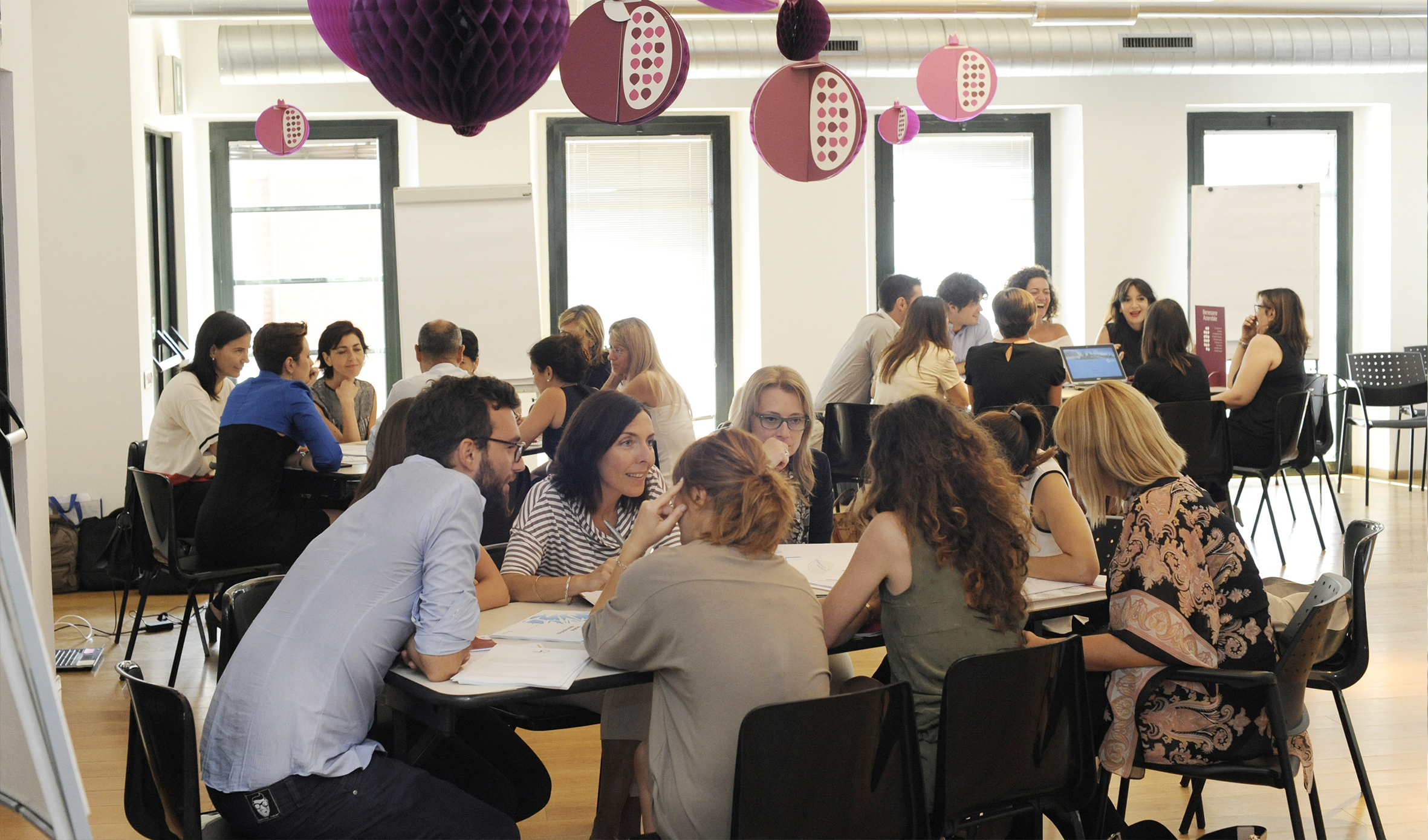 The Integrated Development Path for Human Resources defines the ideal path of the professional life of the employee.
With the support of tools, processes and methodologies the employees are able to develop skills, express potentialities and grow based on their merit.
The training strategy and the implied actions come from a global perspective which integrates training with the other development tools creating in this way a connection between values, the distinctive organizational skills of A2A, the performance management tools and the career paths.

A2A provides new graduates with the minimum remuneration established by the level of classification of the Collective Contract of reference; for qualified figures with experience, remuneration is disbursed that is in line with the market standards and internal remuneration practices, which guarantees both an adequate level of external competitiveness and internal fairness. In defining the type of contract and salary, A2A complies scrupulously with Italian legislation, which excludes any distinction of gender in remuneration. As in previous years, the differences in average remuneration within the different qualifications are minor.

Average salary of men/women by category in Italy (%)

The Group's remuneration policy is mainly conceived to acknowledge and optimize the commitment, constant achievement of results, competences and behaviour of employees in line with the Group's Managerial Model and to guarantee the correct remuneration positioning of people in connection with their duties.

For all employees, remuneration is structured into fixed and variable monetary components and provides for a package of benefits in support of income or similar such additions (medical and social security insurance, projects and initiatives for employees and their families, promotions and benefits of various types). The variable monetary component is based on systems of a direct connection between company performance and individual performance ("MbO") or on discretionary mechanisms for the recognition of working performance and conduct in terms of "one-off" bonuses.

In view of the increasing optimization of its Human Capital and transparency towards the corporate population, in 2018, the entire process of Remuneration Policy was carried out with the support of a dedicated corporate software (SmartPeopleA2A).

This has allowed direct involvement of all managers and greater sharing of remuneration decisions. With a view to sustainability and dematerialization, at the end of the process, all communications relating to payroll operations were made available directly on the SmartPeopleA2A system, allowing managers and employees to consult digitally.

To involve employees more closely in the Group's objectives and motivate each workers towards the achievement of company results, the MbO system has been further extended to include more and more people, in 2018 reaching around 100% of managers, 30% of middle managers and 2% of employees. In addition, a revision of the population inclusion criteria has been launched with the aim of further extending the beneficiaries in 2019.

In line with the objectives of the A2A Group Business Plan, also extraordinary incentive plans continued for the sale of energy efficiency services and incentives aimed at the achievement of the objectives of optimizing smart city technologies.

The variable remuneration system is also supplemented by a collective incentive tool (results bonus), which is based on Group productivity and profitability goals, aimed at guaranteeing the involvement of all staff, including those not assigned MbOs, in company performance. In line with current legislation and following an agreement with the workers' representatives, from 2018 all employees were given the opportunity to convert part of the performance bonus into services through a special welfare platform. The results achieved were positive in line with those of the sector.