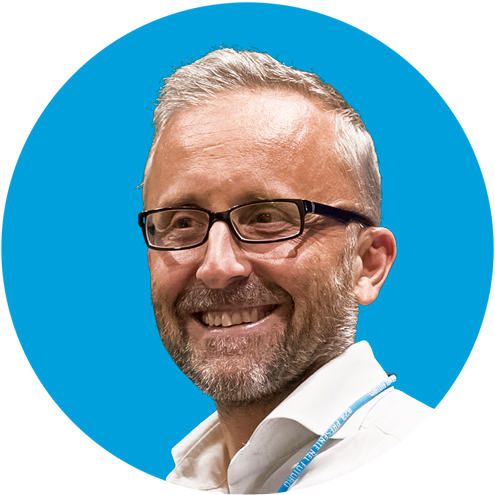 He began his career in 1993 as a consultant with Andersen Consulting (now Accenture). In 2006, he was head of IT for an Italian energy joint venture and, in 2010, became CIO of ENGIE – Italy and Southern Europe. Since 2015, he has been CIO/CTO and Head of Digital at A2A, and in 2016, set up the newco A2A Smart City.

An aficionado of emerging digital technologies and their impact on the future, he has, over the last few years, held lectures in undergraduate and Master’s degree courses at a number of universities, among which Università Bocconi, Università degli Studi di Milano-Bicocca, Università Cattolica di Milano.

Since May 2019: Group CTO/CIO and Head of Digital Enablement, A2A SpA (Milan)
Since May 2020: Member of the Advisory Board "Executive Program in Digital Transformation FLEX”, Politecnico di Milano
Since 2018: Singularity University activist (Milan); certificated Faculty ExO - Exponential Organization
Since 2015: Group CIO, A2A
Since 2013: Member of the Advisory Board, AICA Forum CIO (Associazione Italiana per l’Informatica e il Calcolo Automatico – Italian association for IT and automatic calculation)